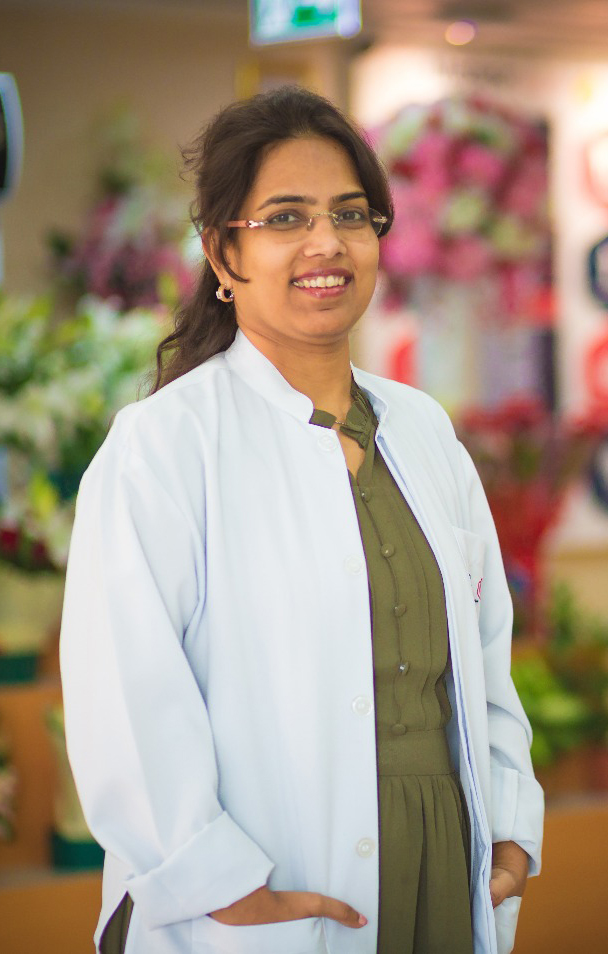 Book an appointment at

Born in India, Dr. Ritu studied Medicine in her native country. Her interest in surgery took her to the one of the largest and renowned hospitals in Asia, The King Edward Memorial Hospital in Mumbai, where she undertook surgical training in all aspects of general and gastrointestinal surgery. With a profound interest, she went on to do a pervasive research and study in this field. For her thesis on abdominal surgery, she was awarded a Gold Medal by the University of Mumbai. She aspired to gain further expertise in surgery and went on to do a dedicated fellowship training in laparoscopy and advanced hepatobiliary and gastrointestinal surgery from the Sanjay Gandhi Post Graduate Institute in India. She further undertook several courses and training in France and United States in advanced colorectal surgery, bariatric surgery and robotic surgery. She is a regular speaker and surgical faculty in number of medical conferences in the Middle East, India, Europe and Asia. Dr. Ritu Khare has over 17 years of surgical experience and is practicing in Dubai and U.A.E since 2003. She routinely performs a number of laparoscopic surgical procedures including complex colorectal, bariatric, biliary and pancreatic surgeries. She also specializes in breast cancer surgery.

Surgeries at a glance 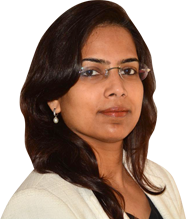 “I was suffering from last 10 years, I had a rectovaginal fistula; I was scared and embarrassed; I had 2 repairs done earlier; It took me a long time to be convinced that it can be finally treated surgically. Thanks a lot to Dr Ritu. She did the surgery with a plastic surgeon. I am so clean now. God Bless them!”

“I approached her through the website, I had 2 aneurysms operated with large incisions. I had Marfan’s syndrome. I had an incisional hernia. One attempt of surgery was done before. I was looking for an expert who does the abdominal wall reconstruction. I had the surgery at Medeor Hospital with Dr Khare. I was glad to know she had the concepts well in place. It was a difficult surgery, she needed to remove the old mesh and get a large new one in position. The surgery was fine. I am doing so much better now. I had to move back to UK, I still remain in touch through whatsapp.”

The Crohn’s disease was there since a long time. I had taken all kinds of medications and injections. The previous surgery had resulted in formation of a colocutaneous fistula. It was a complicated mass lesion. My gastroenterologist referred me to Dr. Khare. She studied the case well, and after extensive counseling; I had a surgery for removal of fistula, and resection of the part of the affected bowel. It took 7 days in hospital and around 2 weeks of postoperative care. I am good now. Crohn’s disease needs special care. Not all surgeons know much about it. Strongly recommend her as a Gastrosurgeon for Crohn’s.

I was having achalasia operated at Iranian Hospital. I started having the same symptoms within 2 months. My case became really difficult. I had many tests done. I did the repeat surgery with Dr. Ritu. It took some time for recovery, but I can eat well now. I am only 29 years of age. I pray, people should visit one doctor who knows about the problem in first instance. Thank you.

My mother did not want to see any surgeon. She was having a swelling on the right side. She was 73 years of age. One day it became painful. Dr Ritu examined her and said it was a hernia and then operated her laparoscopically. My mom was discharged on day 1. She is really fine now.

I was working in border post. I had an acute abdominal pain and was diagnosed as appendicitis. I was referred to Medeor Hospital. I was under the care of Dr Khare. When she investigated, she found I was having a cancer of right colon. I had proper care and surgery for laparoscopic removal of the right colon. My case was well managed and all reports were sent for chemotherapy and follow up to my Doctor in North Carolina. She ensured to make an appointment for aftercare through her contacts on colorectal group on FB. I really thank her for the personalized attention and care.

My mother was 79 years of age. She had a knee replacement and suddenly had severe abdominal distension. She had some acute colonic problem. She was transferred from Burjeel Hospital to Medeor Hospital under Dr Ritu Khare. She attended to her and gave some special medicines and my mom recovered well. Later my orthopedic doctor told me it was a rare case and diagnosed well in time.

I was referred from Nigeria. I had a cyst in the liver. It was 10 cms in size. I came with all reports. I had a laparoscopic removal of the liver cyst done and sent home in 7 days. It was a pleasant experience.

I had a surgery done by a gynecologist for removal of uterus. Day 3, I became very sick. There was some unknown complication. I was transferred under the care of the surgeon (Dr Khare). She did a laparoscopy, and saved me from high fever and abdominal pain.

My weight was simply soaring. It touched 168 kg. I was referred to Dr Khare for a low cost bariatric procedure, as I simply could not afford it. She excused her own amount, and did the procedure with same care as others. I am 104 kg now. I feel so good. Thank you, doctor.

I was suffering so badly from reflux after sleeve. My iron was low. Finally I decided to have a gastric bypass done with Dr. Khare after the recommendation from my gastroenterologist. It took a lot of effort.

I had a divarication of muscles on the upper part of my belly. I tried all exercises. The bulge would not go only. I approached a plastic surgeon. They did a novel procedure to plicate the muscle laparoscopically. I was overall thin. The end result was so satisfactory without the large incision in the bikini line. Bless them.

I had been taking medicines for acid for a long long time. Then one day my doctor from Kerala did an endoscopy and said I had a big hernia. I went for surgery to Dr. Ritu. She did a laparoscopic surgery. I don’t take any acid medicines from that time. It is 6 months now.

We were 6 of us, We were referred by an agency who treats patients with breast cancer for charity. We all had the surgery done with Dr. Khare. I am cancer free now. All I can say, is may almighty give her more power to treat patients like me.

I had a small breast lump. It was not troubling me at all. Three doctors earlier said, to leave it and continue doing US and mammogram. Dr. Khare said, “I do not advise to keep a lump which is bigger than 2 cms, for life, remove it”. It was such a blessing. It was a cancer but had not spread at all. I did not need any chemotherapy. My nodes in axilla were negative. Thankfully I followed her advice.

My prolapse was becoming a nightmare. I needed someone to repair it without causing pain. I had a procedure called STARR. Oh My God, It was so good. I can’t feel any symptoms now.